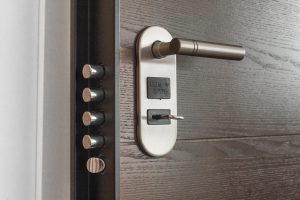 An access control system is one of the most effective current security solutions. It assists construction site managers in protecting their sites from those who are not authorized to be there, reducing crime, managing and monitoring traffic flow, and improving health and safety standards. In the past, just locking up a worksite after hours was the standard. Many firms, however, expect more from their security as a result of new and clever technologies.

We’ll go through the four main types of access control systems and their benefits and drawbacks.

This is the most adaptable access control solution since it offers the site owner or manager complete control over who can enter specified portions of the site or premises. Every entrance point will have its own Access Control List, which will list the individual or groups of workers, suppliers, or other types of visitors who will be allowed to access using a DAC system. A DAC system is often easy to use, as it runs on common computer operating systems like Windows, making it simple to operate and configure for most administrators.

One disadvantage of such an access system is that administrators may have too much power, which means they might theoretically grant access to the incorrect individual, endangering assets and site workers. Furthermore, compared to other forms of access control systems, this system may be more prone to malware.

A MAC system is the most stringent of all access control systems, making it ideal for government agencies and other high-security locations. These systems work by imposing severe limits on all entry points, such as gates or doors, based on the administrator’s or manager’s settings. This means that employees and other visitors to the site have no influence over access permissions, and can only enter and exit at the locations designated by the site’s administrators based on their specific categorization.

If the system administrator wants to grant a person a different degree of access, they must first create a new profile and classification for that individual, as earlier permissions cannot be readily overridden.

Because of the strict nature of this sort of access control, MAC is unlikely to be required on most construction sites.

The most extensively used type of access control is RBAC. People might be given access permissions based on their job within the organization or the construction site. A “construction project manager,” for example, will be allowed the same access permissions as someone with that job title. This could imply they have access to all sections of the site or only some zones, depending on the rights granted to them based on their role.

Many firms benefit from this type of access control approach since it is simple to set up and operate.

However, issues may arise when employees require access to areas they are not authorized to access, such as in an emergency or one-time situation, in which case only the system administrator can edit permissions, which may not always be possible depending on how the system is configured.

Rule-based systems, not to be confused with the above, issue permissions based on specific rules or constraints. A rule-based approach would be handy, for example, if you only want personnel to attend the site at specific times of the day or on certain days of the week.

This technique is suitable for firms that require accountability and require site owners to regulate the hours and locations that employees are allowed to enter. It’s also more adaptable than the others, allowing administrators to change permissions and restrictions in response to the constantly changing nature of a construction project, which is quite useful.