Construction site theft causes massive losses to companies. Worse, it often gets unnoticed until the losses have accumulated. This could be prevented if you can mitigate common vulnerabilities already present in your construction site.

Site managers and contractors alike must take note of the following flaws that compromise their assets.

One of the biggest mistakes you’ll ever make is not registering your construction equipment. Although registration won’t make your equipment theft-proof, it will make it easier to retrieve. 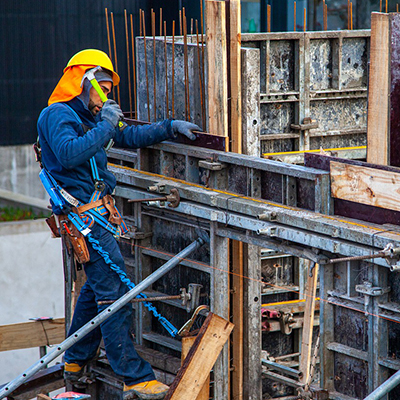 Each equipment manufacturer has its own UCC or Uniform Commercial Code for the equipment they produce. Engraving this on a hidden spot of the equipment will give your equipment an identity. When someone steals it from the lot, you can clear disputes in case other companies also file their claim.

Security cameras are basic components of on-site security. It won’t stop thieves from entering, but it will give you solid proof of the theft. It will also help identify the perpetrators.

While video security may seem expensive, it will pay off in terms of theft prevention. You can also assign someone to monitor the video feed to spot theft attempts.

Aside from security cameras, it’s crucial to invest in security personnel as well. Physical security has been proven to deter theft. You can also coordinate with the local police, though they can only provide occasional checks. Remember that on-site security must be scaled based on its size and the asset value at stake.

Thieves can easily pick up patterns if you are inconsistent with your security. Therefore, you should never stop and start based on the patterns of theft. Otherwise, you’ll be giving in to the whims of burglars, which should never happen.

It’s not enough that you have on-site surveillance; you should also position it strategically. Your cameras should be easily seen so as to deter thieves planning to steal equipment. The right positioning will also help capture clear footage.

The same goes for your security agents. They should watch over your equipment so they can spot theft attempts as it happens.

Without theft prevention measures, your construction site is a sitting duck to thieves. It’s only a matter of time before burglars know of your lax security. You have to implement a theft prevention plan, which includes your on-site equipment, documents, and manpower. This will reduce the risk of theft while letting you address the problem quickly if it occurs.

Putting all your faith in insurance

Lastly, you should never put all your faith in insurance. Insurance providers hate gross security negligence. Even though they cover theft, they will soon deny claims once the insurer proves that your negligence played a part in the incident. Your premium costs will also skyrocket.

Construction site theft should be a contractor’s priority aside from the completion of the project. Avoiding the common pitfalls of security will drastically reduce theft incidents. Proportionally, it will also cut the losses of the company.