The ROI of School Residency Investigations 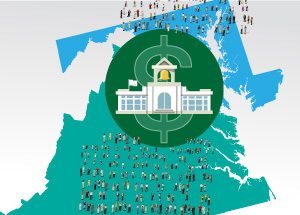 Over the past several years there has been a clear increase in school districts focusing on residency investigations. This year alone, my company will complete over 100 residency investigation cases within several school districts. These school districts hire private investigators to collect evidence on students who are suspected of living outside the district – so are therefore illegally enrolled in their school. If the investigators can prove a student lives outside the school district, then the school can drop them from their rolls. This benefits the district because it’s one less student they must pick up the tab for. Although most people would agree that every child deserves the best education available, it’s difficult for districts to accommodate schoolchildren from outside of the district and still ensure enough resources for the tax paying families.

On average, public elementary and secondary school districts in the United States pay about $15,000 per student, so spending a few thousand dollars on an investigation to remove a falsified student from their roster is a good return on investment. Although, a school district would have to remove a lot of unlawful students to measurably affect the bottom line, it’s still a smart strategy to enforce residency rules because it acts as a deterrent. It’s likely that the more a school district makes people aware that private investigators have been hired to guard against residency scams, the more offenders may decide not to risk it.

For years, school districts have used a variety of staff to monitor potential fraud, including: registrars, social workers, attendance and truancy officers, and even high level school officials. In my direct experience as a detective, I’ve found that sources such as state and federal investigative databanks can suggest where someone may be living – but the only way to actually prove residency is through surveillance observation. This means your best residency enforcement solution is to hire a private investigation firm to focus exclusively on fraud, so the school administrators can focus on education and daily operations as intended. An investigator can often work on several cases in a day to create efficiencies and keep cases moving. On average, a residency investigation requires from 4 to 60 investigative hours to gather enough evidence for a provable court case. The average rate for a licensed private investigator is from $90 to $125 per hour.

These trained professionals use tested and proven surveillance techniques to establish a pattern, specialized gear, and database research software that allows access to a host of public records to accurately determine where families actually reside. After gathering key evidence, the deliverable is a comprehensive court-ready report including: times, dates, records and photos that helps the district win their residency fraud cases.

Although residency fraud is wrong, expensive and unfair to taxpayers, many people still view district lines as an obstacle to educational opportunity and therefore don’t want their schools to prosecute these less fortunate families. The good news is, that typically the district’s first action is to send a written notification explaining that their student has been unenrolled due to fraudulent residency claims. If the family pushes back, the district further states that they could be held financially responsible for the money the school has lost. Generally, the family has no choice but to return to their own school district.

My company’s residency investigations business model is unique, because we provide the district with a dedicated Investigative Coordinator, rather than just a single investigator. The benefit of a coordinator is that they have the full power of our security company’s infrastructure, relationships and assets behind them, which allows them to navigate any investigative related challenge. The coordinator has several experienced private detectives on-call and oversees the entire investigation process from the initial intake of the case information to the final thorough report. In addition, we keep all case information and the final report on file in a secure database for future reference.