The minimum wage dispute goes back to the 1938 New Deal legislation that established the first minimum wage, and the endless fight over the government’s economic role in regulated capitalism and corporate influence over public wellbeing. Today, workers making minimum wage earn less per hour than their counterparts did half a century ago, while CEO’s average 320 times as much over the same period of time. You don’t have to be an economist to know that’s not right. 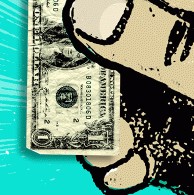 An apolitical look at decades of evidence shows raising the minimum wage is essential to the economic wellbeing of tens of millions of Americans, and even worst-case studies suggest a net neutral effect. The bottom line is that raising the U.S. minimum wage is not a magic bullet or a recipe for economic collapse, but it will help solve some serious issues for Americans of all parties. In short, Echelon decided to ignore political ideologies– and raise our employee starting rate to $15.00 per hour. Here’s how we did it and what we learned.

Over the past several years, Echelon struggled more than ever to hire security guards. In many industries, hourly workers will jump jobs for less than a dollar per hour increase. We noticed that big brands like Walmart, Costco, Starbucks, Target, Best Buy and Wayfair had raised their hourly wages to $15.00 and knew that if we wanted to remain competitive in our recruiting, we had to pay our guards more. In addition, promoting our new starting rate on job boards help lift our resume responses.

We noticed that our guards, on the lower end of the pay scale $10.00 – $12.00, were less reliable and generally unmotivated. They worked a full week, often overnights and weekends, and still weren’t making ends meet. When we raised our starting rate to $15.00, it created greater loyalty because guards valued their job more. They also knew our rate was higher than most other security companies, which created better retention.

Creating a $15.00 starting rate put us ahead of the minimum wage curve. However, we were concerned that existing guards may be upset that they had seniority, but were being paid the same as new hires. As a result, we changed our internal policy to explain that pay raises are merit based, not time based. This meant all guards start at $15.00 and if you perform well, you’re eligible for a raise after a year. Of course, guards who obtained special certifications could be paid more.

The current pandemic upended the entire economy and changed all the status quo in many industries. We turned this negative into a positive by reassessing every aspect of our operations. This ultimately led to raising our client rates. Now, it cost us more to recruit, pay and insure guards and we let our clients know this translated to a higher quality security services. During times of great uncertainty, civil unrest, elevated stress and record unemployment – people need security services. We decided that clients that can’t pay a few dollars more for better service are not a good fit for us anymore. The outcome was that no clients left due to the rate increase and all were more satisfied overall.

The latest research on the effects of raising the minimum wage by leading experts in the United States and Brittan in 2019 found that even if some workers lose jobs, those costs are greatly surpassed by increased wages for those who keep their jobs. If employment does fall, it’s by less than wages rise by, and benefits low-wage workers. The real danger to lower-wage hourly workers is the technology that will ultimately replace them… but that’s another blog.

Recent national economic studies show only about 5% of the American workforce currently earn less than $9.00 per hour. Consider that states like New York, New Jersey, California, Massachusetts, DC, Maryland and Illinois are all steadily increasing their minimum mages to $15 an hour, while pastoral lower-wage states like Maine, Missouri and Arkansas are slowly increasing their minimum wage to $11.00 or $12.00 per hour.

This wage data disproves the old talking point that “raising the minimum wage will hurt small and midsize businesses” because the increase is neither too much or too fast. The current Raise the Wage Act lays out a plan to slowly build wages to $15.00 by 2025. The Act will lift pay for almost 21% of the U.S. workforce and be the first federal minimum wage increase in over ten years.

Studies based on decades of research also show that there is no correlation between tax cuts and deregulation benefiting low and medium-income earners. Who wants a “trickle” anyway? Smart companies realize that a successful hiring strategy includes finding and keeping good people, because better employee retention means less turnover, satisfied customers, and more focus on growing your business.