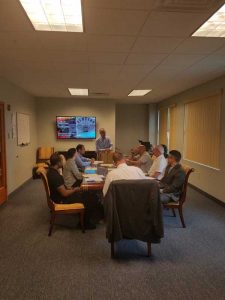 One of the issues that security companies must be realistic about is the need to discipline their security officers. The industry is such that guards cannot always be fully supervised because they may work alone, overnight or in a remote area. When no one is watching, there is always the temptation for the average guard to stray from company directives by napping, using their cell phone, checking-out early or even leaving their post. This lack of work ethic and accountability is a constant management challenge for companies that strive to be the best they can be. Many times, the problem is worsened by companies that choose to overlook poor performance in order to retain enough guards to maintain their workforce.

In all cases involving protocol behavior violations, the first question for any operations director to ask is: “Did this occur because the guard made an honest mistake, or in spite of the fact that the guard knew it was wrong?”  Intentional violations of policy require a more stringent level of disciplinary action than common mistakes due to lack of experience.

The second question is: “Is this a first-time violation, or a repeat violation?”  The third time that a specific protocol is violated, despite coaching or disciplinary action, requires a higher level of discipline than a first time offender, given the fact that a multiple occurrence can hardly be excused as an unwitting mistake.

Unfortunately, the combination of low hourly wages, high turnover rates, absence of on-site supervision, deficit guard verification technology, poorly motivated guards, and a lack of meaningful training provides a real challenge for the average security guard company. One could make the case that the industry itself has created the conditions that lead to poor guard habits by the way the average security company operates.

It’s no secret that in order to be competitive, many security companies must pay guards lower wages, which often make it hard to motivate and retain employees in an industry where employees will “jump ship” for a job that pays a little more per hour. This often means security companies may overlook minor guard infractions, which can lead to guards committing more serious transgressions.  Without a clearly communicated disciplinary process in place, many companies find themselves in a position that forces them to terminate guards who should have been better trained, supervised, coached and compensated in the first place.

Disciplinary action must be fair to the officer, and the company. The primary goal is to train the guards to be compliant with well thought out company protocols. The ideal level of punishment for an offending officer is a balance between applying a learning process (remediation) and the appropriateness of the penalty to the infraction (the punishment fits the crime).  The discipline should always consider the specific nature of the incident, as well as the individual officer’s past history of performance on the job.

Disciplinary actions must also be consistent.  All things being equal, similar first-time offenses by different individuals should draw comparable penalties.  The old idea of “making an example” by punishing an offender severely not only violates the ideas inherent in progressive discipline, but also likely starts an officer who might have been remediated on a path that could lead to claims of unequal treatment from a human resources perspective.

A mindful system of discipline and reward is intrinsically tied to a successful training program which prepares new hires to perform their duties while offering coaching and reassignment to existing guards who do not represent the company as intended.  A training program must be well planned and executed to reflect the brand reputation externally and the company culture or personality internally.  Specifically, guards need to be clear on the penalties for poor conduct, as well as the rewards for superior performance.  The old saying: “You can’t tell someone they did something wrong, if you never taught them what’s right” certainly applies.  Careful vetting, updated training, effective orientation, engaged supervision, annual reviews and consistent coaching are key to cultivating a guard pool that is reliable, accountable and vigilant. This hard work directly benefits the client, company and ultimately the industry as a whole.

Progressive security companies use discipline as a building tool, not as a motivation killer.  The proper reinforcement of expectations through effective orientation and ongoing training, combined with a meaningful application of discipline will result in more vigilant security officers and satisfied clients.